This is a natural, virtually painless method with amazing results.

Acupuncture is a treatment that involves piercing the skin with extremely fine needles. It is used to relieve symptoms of some physical and psychological conditions and may encourage the body’s ability to heal itself. It has been used in China for over two thousand years, and has increasingly been used in the West since the 1970s.

Over the past thirty years there has been considerable scientific research into acupuncture, and we are now beginning to understand how it works. We can be sure that the effects of acupuncture are not all in the mind. It’s increasingly being used alongside conventional medicine. The distinction between complementary, or alternative, medicine and orthodox medicine is becoming blurred as the benefits of acupuncture become accepted by conventional doctors. Acupuncture is used in the vast majority of NHS pain clinics and is being offered by an ever increasing number of GPs and hospital doctors. 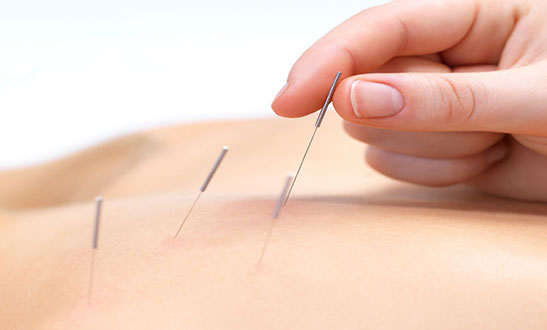 Now introducing 'NeoAcu' acupuncture pen which painlessly inserts needles into the specific points of the body, perfect for those that don't like needles.

NeoAcu is the world's first automatic needle inserter, AcuPro is the innovative product, which is well received from the related medical community in and out of Korea. The NeoAcu enables prompt needle application. It can be used for all types of acupuncture methods (body, ear etc). The hygienic and speedy handling is designed to guarantee patient satisfaction. Needle application is fast and precise so that the patient is hardly aware of the puncture procedure. Since the individual needles is not visible for the patient, the system is especially suitable for the children or for timorous patients. The needle penetration depth is regulated by means of the control guide

What conditions can be treated?

Acupuncture is particularly effective in treating painful conditions, but its uses are by no means limited to these. Acupuncture can be especially helpful in the following conditions:

Very large claims have been made for acupuncture in the past that cannot be substantiated. It is not a panacea for all ills, but used appropriately, acupuncture can be an extremely effective treatment.

How does it work?

Acupuncture stimulates the nerves in the skin and muscle and can produce a wide variety of effects. We know that it increases the body’s release of natural painkillers – endorphins and enkephalins – and it is widely used to relieve pain. Acupuncture also increases the levels of serotonin, a hormone associated with mood and emotional health. It is no coincidence that patients often notice an improved sense of wellbeing after treatment. Modern research has found that acupuncture can affect most of the body’s systems: the nervous system, muscle tone, hormone outputs, circulation, antibody production and allergic responses, as well as the respiratory, digestive, urinary and reproductive systems. Traditional Chinese theory believes that there are channels – or meridians – running all over the body though which energy – or qi (pronounced chee) – runs. When these channels become blocked, the energy fails to travel smoothly around the body and illness ensues. Modern science has been unable to detect evidence of these channels; nevertheless, inserting acupuncture needles into traditional points along the meridians can have a profound effect. What can I expect from treatment?

Each patient’s case will be assessed, and treatment is tailored to the individual. The first consultation will take a little longer as this will include a more detailed history and examination. Very fine acupuncture needles are then inserted into the body. Sometimes the needles are only left in for a few seconds, but 10 to 20 minutes is a more usual treatment length. The first treatment is likely to be on the shorter side, using perhaps only a few needles, so that the initial response to acupuncture can be gauged. The number of needles used varies greatly, but can be any number from 2 or 3 up to around 12. They may be inserted anywhere in the body depending on

1How many treatments are needed?
This varies greatly; a condition that has been present for many years is likely to need many more treatments than a problem that has only recently started, which may only require one or two treatments. A typical course might include 6-8 treatments at weekly intervals, though the length of time between treatments may be extended as the treatment progresses. A longer course of treatment may be necessary for particularly persistent or difficult problems.
2Does it hurt?
Having an acupuncture treatment is rarely painful. However, it is common to feel a sensation that the Chinese describe as ‘de qi’ (pronounced duh-chee); this may be experienced as a tingling, numbness, warmth, dull ache or heaviness. The occurrence of ‘de qi’ is considered to be a good sign, indicating that there is a response to the needling. Acupuncture can occasionally be painful, especially if tender trigger points (‘knots’) in muscle are being needled; however, this is invariably far less uncomfortable than the pain for which treatment is being sought.
3What will I feel after a treatment?
Often there will be an immediate improvement in symptoms, but this may be short-lived, especially after the initial treatments. It is important to remember that the effects of acupuncture are cumulative. The benefits should last longer as the course of treatment progresses. Occasionally, symptoms get worse after treatment; this is known as an aggravation and rarely lasts more than 24 hours; this is usually followed by an improvement.
4Who benefits?
Most people will benefit from acupuncture, though there area small number, possibly up to 10%, who appear not to respond at all. Acupuncture works though the nervous system, and it seems that people who are extra sensitive to such things as music and emotion may respond particularly well. Similarly, those people who are especially aware of their own body or sensitive to medicines or food may also react more strongly to acupuncture. It probably goes without saying that acupuncture is not suitable for people with a phobia of needles.
5Is it safe?
Acupuncture is extremely safe, provided it is being given by an experienced and appropriately trained practitioner. The most common sideeffect is a temporary worsening of the condition being treated, though this is usually then followed by an improvement. Very light bleeding may occur on withdrawal of the needle, though immediate pressure prevents this from causing a bruise. Sterile, single-use needles should always be used in acupuncture; this prevents any risk of transmitting an infection from one patient to the next. Serious side-effects are extremely rare, especially when administered by an experienced acupuncturist. Acupuncture is far less likely to produce side-effects than most prescription medicines.